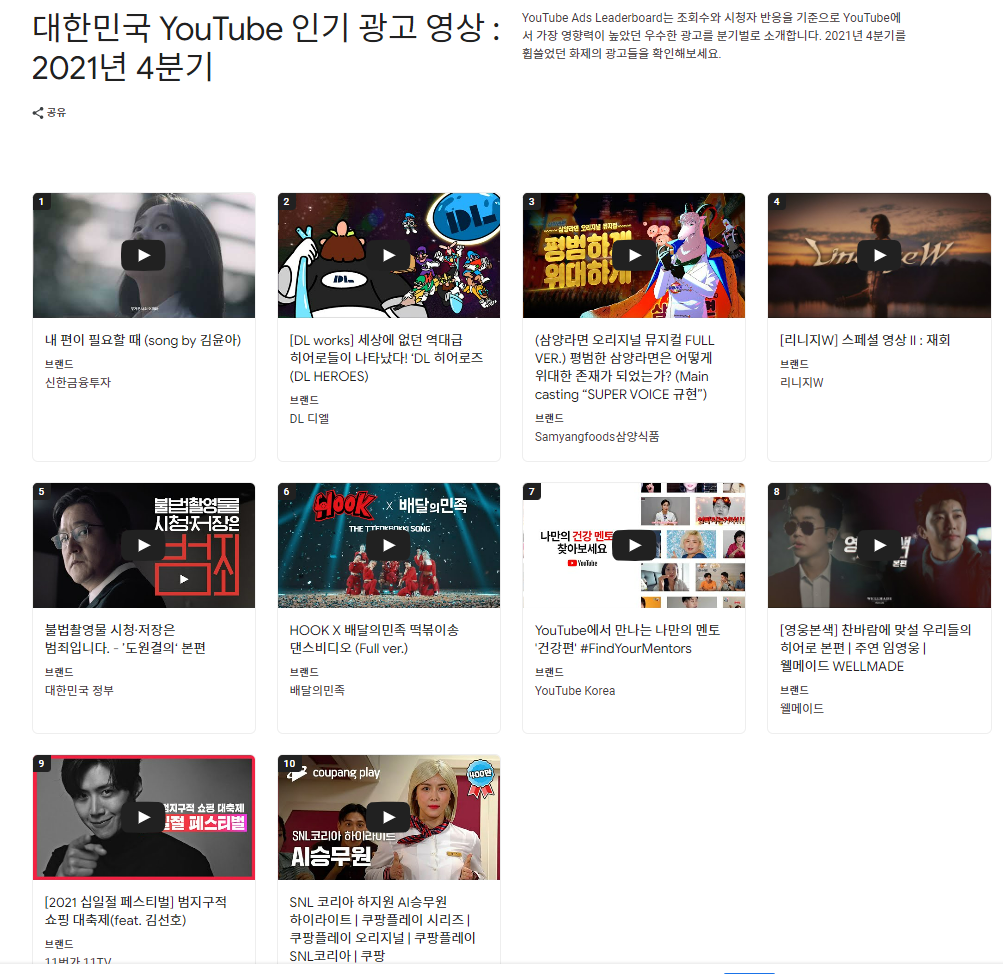 When Daerim Industrial changed its name and corporate identity (CI) to DL Group in early 2021, the group aimed at updating its brand image that had been left in the minds of consumers and delivering its new image to generation 2030. To do so, it created a digital video which highlights the company’s passion and continued support for art, including D Museum and the Daelim Beads Museum as well as its leadership in the construction & engineering and the petroleum industry. The video celebrated the new start with a witty twist, and featured employees of the company and emerging artists instead of hiring a celebrity or a well-known artist to deliver DL Group’s values that focus on cooperation and mutual growth for all.

In the first phase of the campaign, DL group collaborated with emerging artists, using keywords including “exciting,” “novel,” “creative” and “unique.” DL logo was reinterpreted in a short form titled [DL works] to deliver the group’s unique spirit that resonates with the art community, generating expectations for [Let’s Draw DL] campaign. A group of young artists including Cho Core, Li Lu, Sui Ko, Min-Joo Ahn and Hae-Kang Lee share their views on the world based on their interpretations of DL’s new CI, resulting in content that make viewers feel like enjoying an artwork instead of watching a commercial film. The 10-episode series of [DL works] resulted in 12,035,811 views in about a month since the launch, playing the role of a bridge to the main company [Let’s Draw DL].